The Pond at the end of the Lake – Lake O’Hara 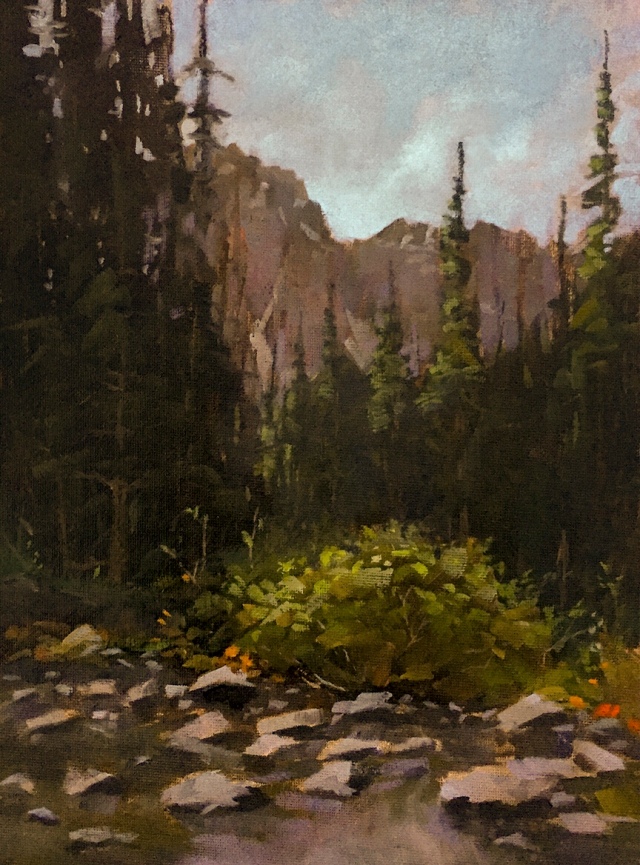 When I look at the time stamps on the photographs, I’m amazed that I am seeing Patti and Patricia painting at the edge of Lake O’Hara at 4:00pm. Within 18 minutes I’m set up and ready to paint my second painting of the afternoon. I had been drawn to this spot on last years trip but for whatever reason decided not to set up there. This time was different. I had to acknowledge there was something within me that said “here is where you paint” I didn’t have a whole lot to say about it. I set up. 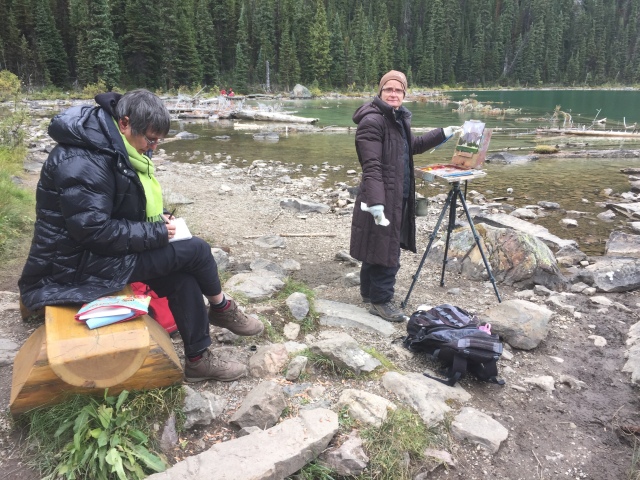 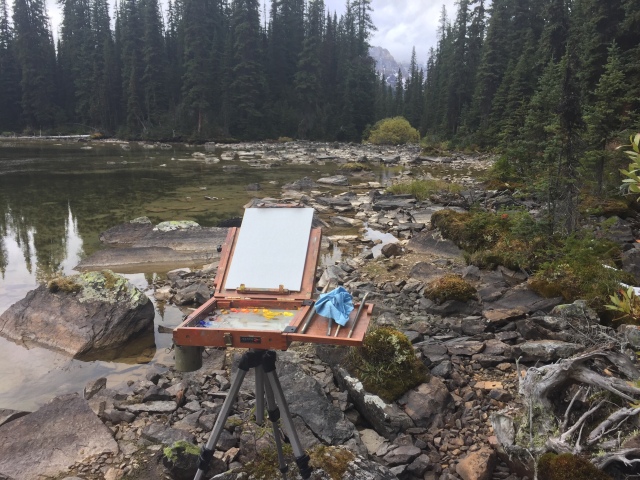 First off, I knew I didn’t have much time. I felt sunset approaching and I knew I had to get things down quickly. An interesting side note; I decided right off the bat that whatever I got down would be better than getting nothing down at all. It was simply an exercise or practice.

I knew I was drawn to the scene although it wasn’t your typical landscape. Slightly off kilter and subtlety obscure. I liked the bush nestled in the trees at the end of the pond. I liked the contrast. I liked the water, the bush, the trees, the mountain, and the subtle nudge it gave me. It would work.

“You need to listen more” myself whispered to…myself.
Pay attention to the direction I give you.

I listened. I tried with whatever I had, to get this down. This was a local contrast problem. There was no extra light. No sprite to help me out. I had to PUSH what I had. What was important? Obviously the bush was what drew me in. I needed to get that down and the mountain in behind was playing a pretty big role. The water was supporting actress while the trees were somewhat below that. There was a lot of information to get in and I had recently learned how to get rocks down. Paint the bulk of the rocks in the shadow tone and then add the mid, followed by the highlight. So I was able to get them in pretty quick. The rest fell into place easily as they were large masses. Everything was in shadow so much and my original values were not where I wanted them to be. Overall, I was on the dark side and I adjusted them in the studio. It’s still a shadowy piece of work. I think the thing I like the most about it is the fairly loose application of paint and the unusual composition and subject matter. It’s not usually what I paint.

I worked until the cold took over and I packed up and headed for the hut where my Jartini awaited. It was a great day filled with great people. Bliss really. The only thing that would have made it better would have been if Alice and Bill could have been there with us. All in all, I love the mountains, I love the small scenes that sing so loudly, but most of all, I love the friends I paint with.

2 comments on “The Pond at the End of the Lake…” 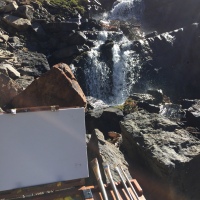 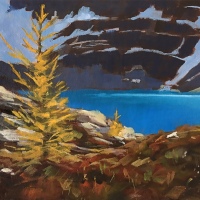 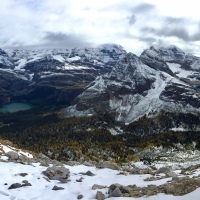 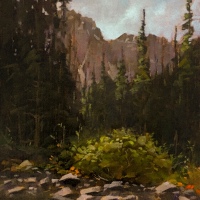 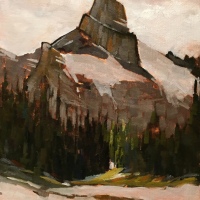